For questions regarding your inspection or services we provide, feel free to give us a call or email us. We’ll be happy to answer any questions you might have.

See what you’ll be getting with a sample home inspection report. Our reports are detailed, easy to read, and include photos.
Sample Report PDF 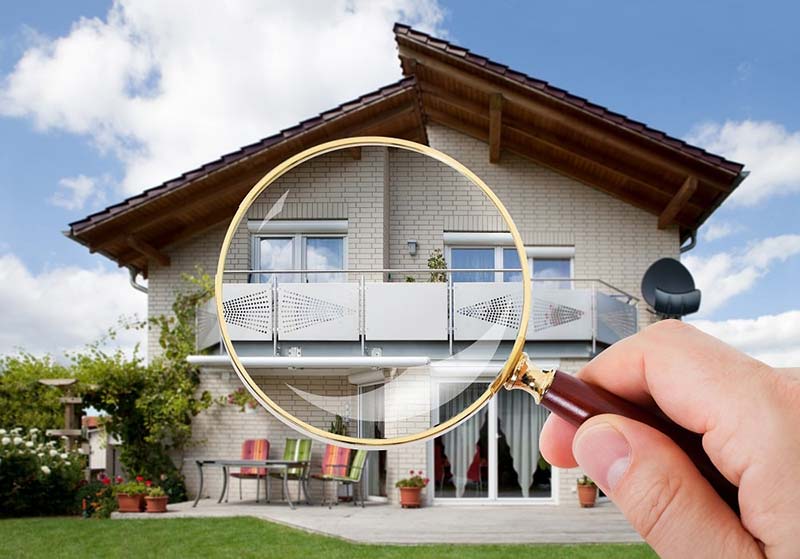 What Is A Four Point Inspection?

So what exactly is the Four Point Inspection? How much does it cost? Do I need one? The four point is an inspection of the four major components of a home: roof, electrical, plumbing, and HVAC. The inspection looks at these four areas for general function, safety issues, age, and miscellaneous issues insurance underwriters typically would want to know. While insurers come to rely on the four point inspection, it is also very useful to homeowners and some investors alike.

When is a Four Point Inspection Needed?

For the roof part of the inspection, the inspector will report on the roof type, roof age, approximate life left, and any damage/concerns. Investors and insurers typically like to see 5 years of life left on your roof and inspectors typically are looking for the following:

For the electrical system, the inspector will note any repairs, the type of wiring/panel, the age, the condition, and any safety hazards. In Maryland, it is still routine to find defects and outdated electrical components in home over 30 years of age. Inspectors are trained to look for the following and report on their findings:

Most of the above-mentioned items are for older electrical systems (older than 30 years). So, if your system is newer or recently updated you should not have to worry.

There are other smaller issues that could appear on your four-point inspection as well.

The inspector will inspect and report on the water heater, water heater age, type of plumbing, and if there are any leaks.

Here are some common issues that appear on the plumbing section:

The HVAC section will include an inspection and report on the condition of the air conditioning and heating systems.

The inspector will look for functionality, any water damage around the plenum, and the approximate life left on the A/C system.

How Does A Four Point Inspection Differ From A Home Inspection?

The four point inspection only covers the above mentioned four components of a home in a general sense. Also, the report is built for insurance agents, homeowners, and some investors but not for homebuyers. A home inspection for homebuyers would be much more detailed and cover many other sections of the home such as, structural issues, recommendations, insulation, window condition, etc.

A four point inspection tells insurance underwriters how well the home has been maintained and the kind of liability they are insuring. Investors can find four point inspections useful since they may be replacing and updating many of the interior components and would not be concerned about the overall condition of the home like a homebuyer would be. The inspection is typically useful for homeowners on homes after 30 years of age, but can be as soon as 5 or 10 years.

In some states, homebuyers, sellers, and owners might be required to make repairs to qualify for home insurance based on the findings of the four point inspection.

Gain peace of mind with your investment and ease the process of buying your new home. Schedule an inspection or get in touch with us at (410) 236-3027.